The teenage years get harder with each passing generation. In her latest novel Macmillan cuts to universal truths affecting two teenage boys and their families. Who is right? Maybe everyone. Maybe no one. Subtle meets unspeakable in Gilly Macmillan’s nuanced thriller Odd Child Out.

When Noah Sadler is found floating unconscious in Bristol’s Feeder Canal, his best friend Abdi Mahad can’t–or won’t–tell anyone what happened. Noah is British and often misses school because he has a terminal illness. Abdi is a Somali refugee, whose family waited for years before getting to Great Britain. As if that weren’t enough, social tensions have been rising rapidly in Bristol, where both reside with their families, but social tensions rarely affect two young boys,  unless you count peer pressure.

Abdi struggles to remember his time in the Somali camps. Noah’s father documented the camps as a social and political phenomenon, but he barely knew the people he photographed there.

Against this background of fear and fury two families fight for their sons and for the truth.  Neither of them know what demons they will have to face to get to the truth.

Told in four viewpoints, Odd Child Out gives us a complex look at manipulation and the costs of seeing only your own needs. By the time you finish the book, you’ll be asking yourself who is really the odd child and outcast in this stirring story about friendship and misunderstanding.

Author Gilly Macmillan is the Edgar Nominated and New York Times bestselling author of What She Knew. She grew up in Swindon, Wiltshire and lived in Northern California in her late teens. She worked at The Burlington Magazine and the Hayward Gallery before starting a family. Since then she’s worked as a part-time lecturer in photography, and now writes full-time.

Trying to Fix the Unfixable

Are you stubbornly independent or do you ask for help when you need it? This is one of the questions Kelly Rimmer explores in Before I Let You Go. The other, deeper questions deal with how much responsibility one sister should take for another and why being using while pregnant is a crime that denies a woman of the services she needs to get her addiction under control. The issues of blame, dysfunctional families and abuse enter into the picture. Before I Let You Go looks at complex issues, examining them with heart and compassion.

Lexie Vidler’s sister, Annie, is a drug addict. She uses drugs to avoid pain and low self-esteem. When she calls Lexie for the first time in years, her sister is working as a doctor and living with a surgeon who is her fiancé. Lexie has always bailed out her little sister, a responsibility she first took on when their father died and their mother sank into a deep depression.

For the first time, she has help: Sam. In addition she has too much pride and desire to succeed. When she sees Annie lying on her bed in a trashy trailer she discovers that her younger sister is pregnant. Of course drugs harm a fetus. Lexie knows that addiction is a disease, that her sister can’t stay clean, and that if she’s caught, she’ll go to jail. Even if she’s not caught the baby will have to go through withdrawals once she’s born. These are complex issues, and they barely scratch the surface of what both sisters are going through. They love each other very much despite the problems.

In heart-wrenching prose containing justified emotional outbursts, Rimmer dissects relationships and searches for ways to fix the unfixable. The story is a testament to the power of love, and I highly recommend it for women, men, addicts, doctors, and everyone who has ever had a stubborn or defiant instinct.

He Only Wanted to Drum

There are two sides to every story—private and public. The news media reports, but reporters are human and are limited by the data they receive. Once in a while, a book allows us to go inside a story that has not been fully and properly reported. Such is the case with David Thibodeau’s WACO: A Survivor’s Story, being re-released in an updated and revised edition and coming out in conjunction with an upcoming TV mini-series that will begin airing on Spike TV in early 2018.

Waco is a tale about the small decisions that can alter the rest of our lives. Author David Thibodeau was a drummer for a rock band going nowhere when he met David Koresh. They had music in common, and Koresh was looking for a drummer to accompany his group. He later explains that the music supports his message: he believes he is the messiah who will lead a community in Texas through the seven seals of the apocalypse.

Thibodeau analyzes his choice to join Koresh, his growing belief in Koresh and his religious sect, and the flagrant flaws of the FBI who forced the group members to surrender or die. Without fanaticism he tries to figure out who is to blame. He is one of only four who survived the Waco massacre and was not sentenced to prison. He testified in Washington, was consulted on the mini-series, and continues to play the drums in his home state of Maine.

Since readers already know the outcome, we read to find out the inside story from David Thibodeau’s point of view. We watch his analysis of the changes in his belief systems. We observe how he processes warnings from the outside and how he processes the FBI’s actions. Although it’s a fascinating story, he spends a great deal of time reviewing what we either know or can assume. While that might frustrate some readers, others will be drawn to the ways he was drawn in and treated as an individual. Some will identify with his struggles. Others will watch with distant fascination, believing his brain does not work like theirs. All will see discrepancies between his eye witness account and what the media reported in 1993 when the story broke.

In this era of “fake news” the story is a reminder that personal conviction matters and we make decisions based on the information we can find through all kinds of research. Objectivity matters, and Thibodeau’s WACO gives us some new perceptions to factor into the story. It’s told in the hopes that the WACO massacre will never be repeated. This is a must-read for sociologists, historians, and those curious about mind control and gentle persuasion.

THE NIGHT CHILD
Written by Anna Quinn and Reviewed by B. Lynn Goodwin
ISBN # 978-1538434345
Blackstone Publishing

When a Mind Breaks Down

Nora Brown deals with all these questions and more in Anna Quinn’s debut novel, The Night Child. One November day, moments after dismissing her English class for Thanksgiving, a young girl’s face appears above the students’ desks. Imagine her fear when the face reappears and when an alternate personality named Margaret comes out in a psychiatrist’s office. What’s really going on, and what will it do to her husband, her brother, and her sweet, six-year-old daughter Fiona.

Anna Quinn’s debut novel is a detailed work of fiction that explores the depths of a psych
ological breakdown with insight and compassion. She writes well, showing how Nora became the woman she is and how she survived unspeakable evil. The characters are clear-cut, the plot moves forward as Nora’s alter ego comes out, and the issues it raises are important.

I highly recommend this story for women and mature girls, for those in the helping professions, and for anyone who’s ever been confused by pain and love.

Can He Get Free Before He’s Killed?

“We’re born with a finite number of opportunities. Attrition, bad choices, misspent goodwill, and fucked-up luck. The opportunities dwindle through a process called living. Our portfolio of prospects turns into a tattered novel of outcomes. “I am twenty-two,” says the narrator at the end of the first chapter of Douglas Light’s Where Night Stops.  The grim prophesy of this twenty-two year old proves true, of course, and we find out what’s gone wrong as we read about his bad choices, bad luck, and dangerous lifestyle.

Orphaned by a brutal car crash, a young man has no plans for the future. He leaves Iowa, winds up in Seattle, and ends up broke in a homeless shelter. There he meets Ray-Ray, an Iranian with a shadowy past, who inducts him into a criminal underworld.

When Ray-Ray disappears, the unnamed young man is left to fend for himself. He makes clandestine drops for cash from an anonymous source. Though he loves living without the responsibilities of a real job or a proper home, the jobs get worse and the travel gets wider and harder, taking him to Europe, Brazil, and China. The violence escalates.

Can he get free before he’s killed? Why does he keep accepting jobs from Higgles, a man he’s never seen who knows everything about him, and Ray-Ray a man he doesn’t trust? Why can’t he walk away? Is it a lack of skills? The allure of drugs? Low self-esteem? Or something that doesn’t even have a name?

Douglas Light is a skilled author whose tastes run to the dark side. Does yours? If so, you’ll enjoy this story of a wanderer told in vivid images. 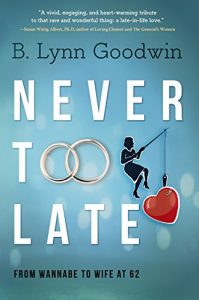 Writer Advice, is a resource for writers. Since 1997, it has grown from an e-mailed research newsletter for writers into an e-zine that invites reader participation. Our quality fiction, memoirs, interviews, reviews, and articles reach readers around the globe.

The primary focus has always been author interviews, and editor B. Lynn Goodwin has had the privilege of corresponding with over 100 well-known and debut authors who have shared their experiences, insights, and inspiration with readers.

We also publish the work of contest winners and volunteer reviewers.
Click on Guidelines to learn more about both. Please contact us if you would like to contribute.